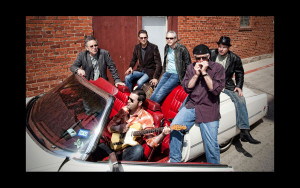 In an industry where sequencers have replaced real players, auto tuners fix pitchy singers and Kool & the Gang costumes mask mediocre talent, LSA bucks the trend by simply relying on skill and elbow grease. The musicians that comprise the Dallas/Fort Worth corporate party band are stellar in their craft and take their music seriously, but themselves lightly.

Unlike most Texas party bands, LSA performs songs from the vast pantheon of Texas music. It’s a unique approach that offers something for everyone. From ZZ Top, Don Henley and Stevie Ray Vaughan to Willie Nelson, George Strait and Norah Jones, LSA delivers “The Sound of Texas” with passion, style and Texas pride. BUT don’t let the name fool you; LSAalso mixes in classics from the Eagles, Beatles, Rolling Stones, Tom Petty, U2, Johnny Cash and other timeless artists.